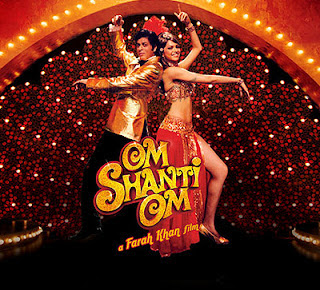 Six-pack abs & thirty-one star publicity makes this one a mega hit, but fails to catch the good audience. Forget about story, OSM doesn’t have any strong or good scenes. I tried till end to find glimpse of actor Shah rukh khan. No! Not at all! In Chak De India SRK won the million hearts by his excellent performance and thankfully he didn’t showed his notorious mannerism. But in OSM his notorious so-called acting came back. Other than good acting he did everything!!! One thing you can learn from SRK is, how to market the cinema!! By cheering the Indian Cricket team in packed stadium with the team of OSM, making cameo roles in tele serials, showing his six-pack abs in all public events and so on. He is a brilliant marketing guru!!!!
OSM is a Farah Khan’s tribute to Karz. For this remake she used the 1970’s era as a background. All legends of 70’s are presented as buffoons. Even their costumes, styles and mannerism were made into matter of fun. It’s a story of a junior artist (SRK) who fell in love with the lady superstar (Deepika) He sacrifices his dreams & life to save her. Till the interval story seems to be somewhat good, almost similar to all SRK love story. After chai break it turns into a B grade movie. It’s all about SRK and his good for nothing mannerism & ishtyles. Farah khan who expected to deliver a good cinema after her stupendous debut ‘Main hoon na’ , seems to join the gallery of Rakesh roshan. The world of underdog becomes superhero, rebirth and lot of masala.
The music of the film is quite good. Some numbers are catchy. Hats off to sabu Cyril for recreating the 70’s magic on screen. Arjun rampal excels in his gray shade role. His makeover in this movie is unique. Totally this film is for die-hard SRK fans. OSM has mindless drama, do-not-think story, 31 stars and of course stunning beauty of Deepika. If you are a serious movie buff who enjoys the good cinema, OSM is not for you. Buy a DVD of Karz and enjoy it in your home. At least Shanti is assured. Only if you have enough money & peace of mind to spare the multiplex, popcorn & shah rukh khan!!! Go for it.
Director : Farah Khan
Producer : Gauri Khan
Actors: Shah rukh khan, deepika, Shreyas, Arjun rampal, kiran kher 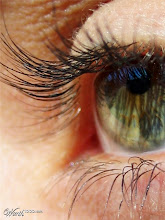